CFL of Charlotte Speech and Debate 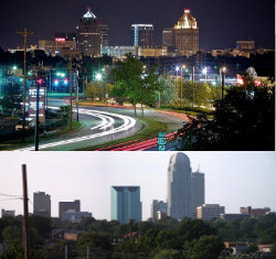 Welcome to the home of the high school speech and debate league for the CFL of Charlotte, which comprises the 46 western counties of North Carolina including the Charlotte Metro, the Piedmont Triad, and Western North Carolina.

The purposes of the league are: expanding competitive speech and debate opportunities to schools in Western North Carolina; and qualifying the best high school speech and debate competitors to the Grand National Tournament hosted by the NCFL.

The Charlotte league uses a season-long qualification system by which student competitors earn points based on their competition results in events hosted at speech and debate tournaments within the geographic area of the diocese. At the end of the competition season, the students with the most points earned in each separate event will qualify to attend the Grand National Tournament hosted by the NCFL over Memorial Day weekend in Louisville, KY 2023. The qualification system is open to all students of the 300+ high schools located within the diocese.
​
For more information on the league, please contact the leadership team.